Developement of Stamford Bridge in The 1990's

For those who didn't know, Stamford Bridge is a football stadium in Fulham, in the London Borough of Hammersmith and Fulham, West London, and is the home of The Mighty Chelsea Football Club. The stadium is located within the Moore Park Estate also known as Walham Green and is often referred to as simply The Bridge.
The capacity is 41,841, making it the eighth largest ground in the Premier League, was opened in 1877, the stadium was used by the London Athletics Club until 1905, when new owner Gus Mears founded Chelsea Football Club to occupy the ground
Gus Mears Last Resting Place 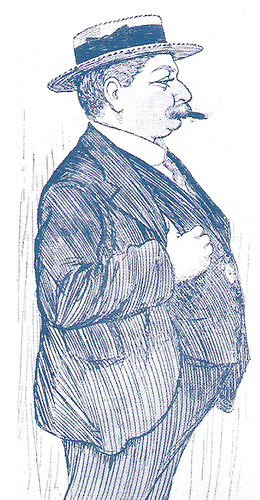 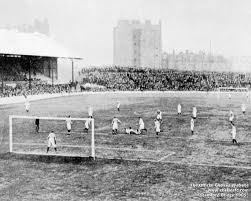 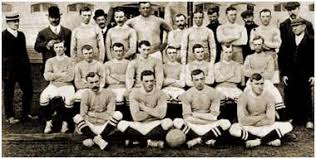 
Chelsea have played their home games there ever since. It has undergone numerous major changes over the years, most recently in the 1990s when it was renovated into a modern, all-seater stadium.
Stamford Bridge has been used as a venue for England international matches, FA Cup finals, FA Cup semi-finals and Charity Shield games. It has also hosted numerous other sports, such as cricket, rugby union, speedway, greyhound racing, baseball and American football. The stadium's highest official attendance is 82,905, for a league match between Chelsea and Arsenal on 12 October 1935.
Compared with the same Fixture on the 29th. of October 2011 Which will be recorded in history as Chelsea 3-5 Arsenal Attendance a mere 41,801.

Stamford Bridge was the venue of the FA Cup Final from 1920 to 1922, before being replaced by Wembley Stadium in 1923. It has staged ten FA Cup semi-finals, ten Charity Shield matches, and three England matches, the last in 1932. It was one of the home venues for the representative London XI team that played in the original Inter-Cities Fairs Cup. The team played the home leg of the two-legged final at Stamford Bridge, drawing 2–2 with FC Barcelona; they lost the away leg 6–0, however.

Stamford Bridge has also hosted a variety of other sporting events since Chelsea have occupied the ground. In October 1905 it hosted a rugby union match between the All Blacks and Middlesex, and in 1914 hosted a baseball match between the touring New York Giants and the Chicago White Sox.
A speedway team operated from the stadium from 1929 until 1932, winning the Southern League in their opening season. Initially open meetings were held there in 1928. A nineteen year old junior rider, Charlie Biddle, was killed in a racing accident. In 1931, black cinders were laid onto the circuit suitable for use by speedway and athletics. Greyhound racing was first held at the stadium on 31 July 1937 and continued until 1 August 1968. A midget car meeting reportedly attracted a crowd of 50,000 people in 1948.
The ground was used in 1980 for the first major day-night floodlit cricket match between Essex and West Indies (although organised by Surrey) which was a commercial success; the following year it hosted the final of the inaugural Lambert & Butler county cricket competition. It, however, failed and the experiment of playing cricket on football grounds was ended. Stamford Bridge briefly hosted American football – despite not being long enough for a regulation-size gridiron field – when the London Monarchs were based there in 1997. 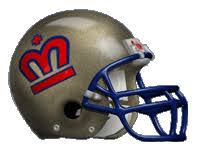 The Matthew Harding Stand, previously known as the North Stand, is along the north edge of the pitch. In 1939, a small two storied North Stand including seating was erected. It was originally intended to span the entire northern end, but the outbreak of World War II and its aftermath compelled the club to keep the stand small. It was demolished and replaced by open terracing for standing supporters in 1976. The North Terrace was closed in 1993 and the present North Stand of two tiers (the Matthew Harding Stand) was then constructed at that end.
It is named after former Chelsea director Matthew Harding, whose investment helped transform the club in the early 1990s before his death in a helicopter accident on October 22, 1996. His investment in the club enabled construction of the stand which was completed in time for the 1996–97 season. It has two tiers and accommodates most season-ticket holders, giving it an enthusiastic atmosphere, especially in the lower tier. Any proposal to enlarge the facility would necessitate demolition of the adjacent 'Chelsea World of Sport' museum.

For some Champions League matches, this stand operates at reduced capacity, some entrances being obstructed by the presence of TV outside-broadcast vehicles.
The stand features in the cover for Robbie Williams' album Sing When You're Winning.

The East Stand and Shed End
A vast new East Stand was built in 1973, originally intended as the start of a comprehensive redevelopment of the stadium which was abandoned when the football club ran into financial difficulties. The East Stand essentially survives in its 1973 three tiered cantilevered form, although it has been much refurbished and modernised since.
The oldest stand, the East Stand is located along the east side of the pitch and was built in 1973. The stand has three tiers and is the heart of the stadium, housing the tunnel, dugout, dressing rooms, conference room, press centre, AV and commentary box. The middle tier is occupied by facilities, clubs, and executive suites. The upper tier provides spectators with one of the best views of the pitch and it is the only stand to have survived the extensive redevelopment of the 90s. Previously it was the home to away supporters on the bottom tier, however at the start of the 2005/2006 season then-manager José Mourinho requested the move of the family section to this part of the stand to boost team morale. Away fans were moved to the shed.

The Shed End is located along the south side of the pitch. In 1930, a new terrace was built on the south side for more standing spectators. It was originally known as the Fulham Road End but supporters nicknamed it 'The Shed' and this led the club to officially change its name. This became the most favoured spot for the loudest and most die-hard support, until the terrace was demolished in 1994 (when all-seater stadia became compulsory by law as a safety measure in light of the Taylor Report following the Hillsborough disaster). The seated stand which replaced it is still known as the Shed End (see below).
It opened in time for the 1997/98 season and along with the Matthew Harding Stand is an area of the ground in which many vocal fans congregate today. The view from the upper tier is widely regarded as one of the best in the stadium. The Shed also contains the centenary museum and a memorial wall where families of deceased fans are able to leave a permanent memorial of their loved ones indicating their eternal support for the club. A large chunk of the original Shed End terrace still stands today and runs along the south side of the stadium, it has recently been decorated with lights and large images of Chelsea legends. Since 2005 it has been where away supporters are housed, they are given 3,000 tickets towards the east side which is roughly half of the stand.
Peter Osgood's ashes were laid to rest under the shed end penalty spot in 2006.

The Old The West Stand
Cold Hard Benches
In 1964–65, a seated West Stand was built to replace the existing terracing on the west side. Most of the West Stand consisted of rising ranks of wooden tip up seats on iron frames, but seating at the very front was on concrete forms known as "the Benches". The old West Stand was demolished in 1997 and replaced by the current West Stand.
The West Stand, recently updated, is located along the west side of the pitch. It has three tiers, in addition to a row of executive boxes that stretches the length of the stand.
The lower tier was built on time and opened in 1998, however problems with planning permission meant that it was not fully completed until 2001. The construction of the stand was almost responsible for Chelsea's financial crisis, which would've seen the club fall into administration but for the intervention of Roman Abramovich. In borrowing some £70m from Eurobonds to finance the project, Ken Bates put Chelsea into a perilous financial position, primarily because of the repayment terms. Now complete, the stand is the main external 'face' of the stadium, being the first thing fans see when entering the primary gate on Fulham Road. The Main Entrance is flanked by the Spackman and Speedie hospitality entrances, named after former Chelsea players Nigel Spackman and David Speedie. The stand also features the largest concourse area in the stadium, it is also known as the 'Great Hall' and is used for many functions at Stamford Bridge including the Chelsea player of the year ceremony.
The aforementioned executive boxes are also known as the Millennium Suites and are the home of the majority of matchday hospitality guests. Each box is also named after a former Chelsea player (names in brackets):
In October 2010 a nine-foot statue of Chelsea legend Peter Osgood, created by Philip Jackson, was unveiled by Peter's widow, Lynn. It is positioned in a recess of the West Stand near the Millennium Reception. 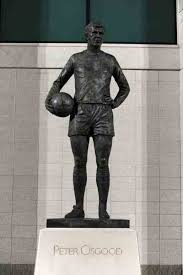 A plaque on the side, written by official club historian And Twitter Favorite @Rick Glanvill, reads:


"STAMFORD BRIDGE HAS MANY HEROES BUT ONLY ONE KING
GRACEFUL TECHNICIAN  NERVELESS STRIKER ICON OF THE SWINGING SIXTIES
ADORED BY FANS  SCORER OF IMMORTAL CUP FINAL GOALS
A BIG MAN FOR A GOLDEN AGE"
Posted by Colin Marriott Aka @The_ChelseaBoys on Twitter at 17:51