Do You Know Your Mascot ?

As Chelsea Supporters We All Know Our Own Stamford The Lion But, How Many Others Do You Know? 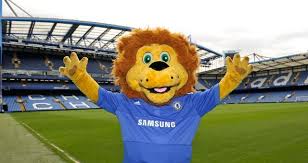 Stamford The Lion - Chelsea -  One of Four Lions Currently in The Prem.
Interview via  http://www.scribd.com

Chelsea FC’s Mascot is a big furry lion called Stamford. He is named Stamford after the stadium where Chelsea FC play their games - Stamford Bridge. I wonder what sort of person dresses up in a big, bluelion costume?
How did you get the job as Stamford?
“Well, I used to work in the Chelsea shop – the megastore – and one day the manager said “Does anyone wantto be Stamford?” because the person who did it had left. It wasn’t a matchday, but they wanted Stamford to walkaround waving to all the people on the tours of the ground. Everybody else was like, “You are joking!” But Ithought, “Well why not, it’s just for one day.” So they said I did a good job. I didn’t know how I could have beenbad or good, you know, being a mascot, but that was eight years ago, and I’m still doing it.”
How was your first day in the job?
I remember my first time on the pitch ‘cause I was so nervous. They said “Right Tash, this is it now. Get yoursuit on and get ready to go.” When I walked out and saw all the fans I was so scared. All I saw were these little kids saying “Stamford! Stamford!” So I just started shaking everyone’s hand. I waved at everyone, gave some ofthe children hugs and did a little dance. When I came off the pitch I couldn’t stop smiling. It was such fun I couldn’t  wait   to do  it  again.
How long do you take to get ready?
Getting dressed as Stamford takes about five minutes, and the hardest bits are the boots. They are so big I have to keep my trainers on inside them. I have to walk carefully so that I don’t trip over. It can also get very hot inside  the costume and so there is a little  battery fan inside Stamford’s head!
Does everyone love Stamford?
"Well its not always fun and games and sometimes it can even be quite painful! The kids sometimes give me aplayful punch or naughty kids can even try and hurt me with punches and kicks. Then there are the grown-upswho shake my paw. Because they think there must be a big bloke inside, they really give it a shake!Stamford is not loved by everyone! The away fans like to give me stick. Liverpool, Man U and Arsenal,Newcastle are the worst, for some reason. They chant “Who are yer?” and I even get stick from home fans  sometimes. Don’t ask me  why. It  is  really  quite  weird. But  the  players  are great  to  me. John Terry always  pats my head and when the teams come on it is my time to go off. I get changed and I go and watch the game. Sometime  I get a bit nervous, but once I’m out  there with all the kids, with a really big crowd, I love it and I am part of it.
I hope to do it forever" 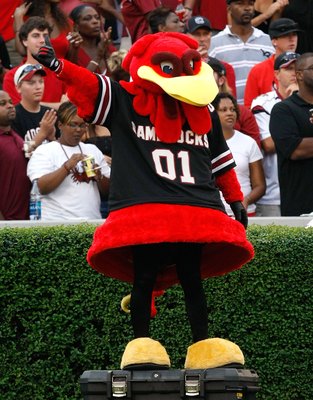 Pheonix and Blue - Wigan Athletic - Pictured Here Looking a Bit Bored and who Can Blame Him
Posted by Colin Marriott Aka @The_ChelseaBoys on Twitter at 03:01