The 2014 FIFA World Cup will be the 20th FIFA World Cup, an international men's football tournament, that is scheduled to take place in Brazil from 12 June to 13 July 2014. It will be the second time that Brazil has hosted the competition, the previous being in 1950. Brazil will become the fifth country to have hosted the World Cup twice, after Mexico, Italy, France, and Germany.
The national teams of 32 countries will take part in the finals tournament, with matches to be played in 12 cities throughout Brazil. It is scheduled to be the first World Cup to be held in South America since the 1978 World Cup in Argentina, the first time two consecutive World Cups are staged outside Europe, and the first time two consecutive World Cups are staged in the Southern Hemisphere, since the 2010 World Cup was held in South Africa. It will also be the first World Cup to use goal-line technology.

Spain, the Netherlands, Chile and Australia will make up the proverbial ‘group of death’ at the 20th FIFA World Cup™, while Uruguay, Italy, England and Costa Rica will comprise another intriguing pool.
Germany, Ghana, USA and Portugal will make up Group G, while hosts Brazil have Croatia Mexico and Cameroon for company in Group A,

Colombia, Greece, Côte d'Ivoire and Japan, along with Switzerland, Ecuador, Honduras and France, appear to be in wide-open sections. 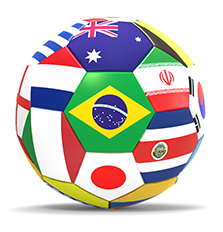 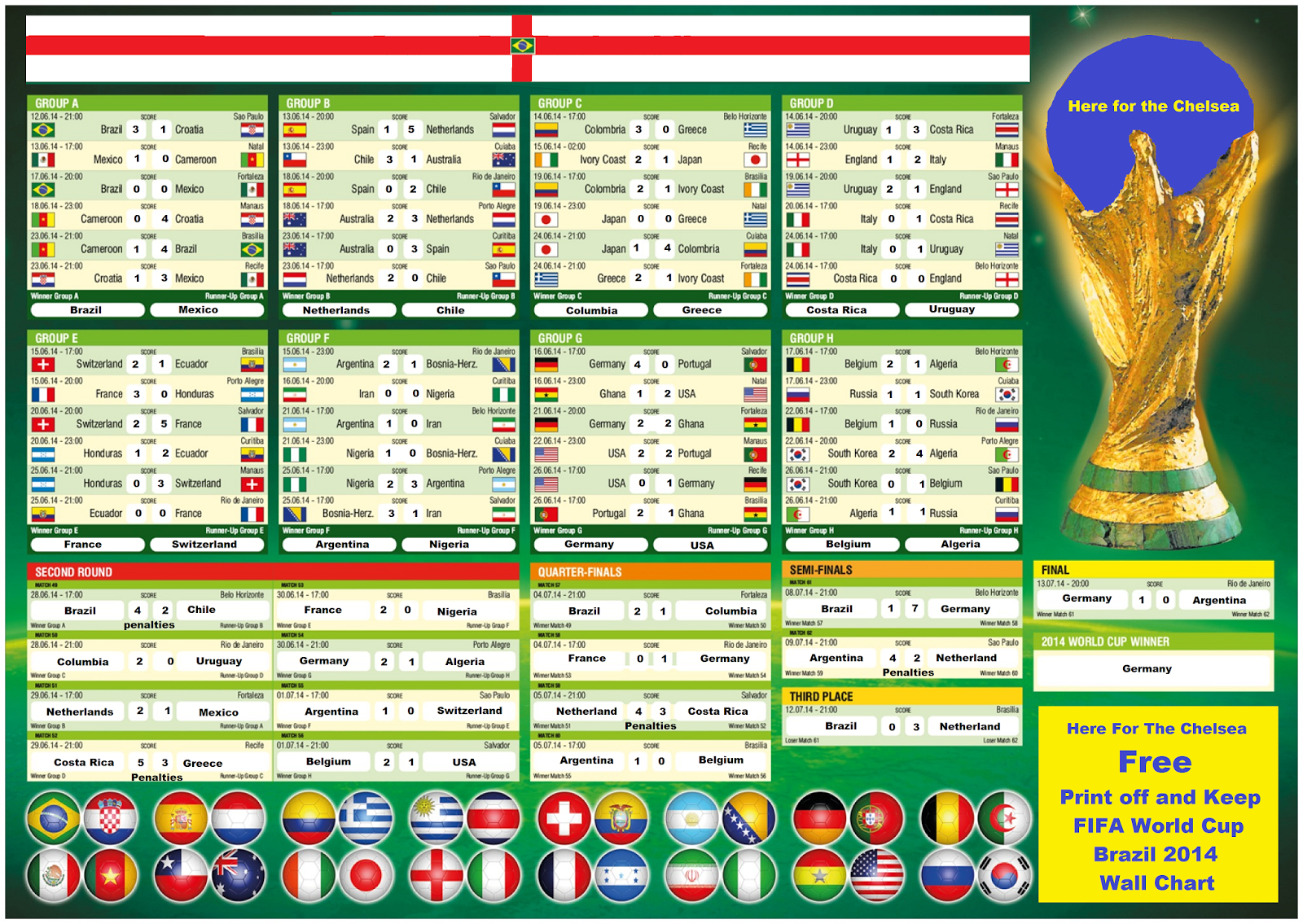 Posted by Colin Marriott Aka @The_ChelseaBoys on Twitter at 15:57